If you followed my guide on getting Ubuntu 9.04 to run nicely on the eeePC 1005HA, and have or are considering upgrading to Karmic, these few notes will help you. 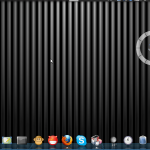 A karmic Koala in a seashell

If you do a fresh install of Karmic, everything will work just fine out of the box on the 1005HA. However, a fresh install is complete overkill. As always with Ubuntu — and with most Linux distributions in general — upgrading is easy. Few clicks in the package manager, and away you go.

However, if you followed my guide to installing Jaunty, you’ll have a few old packages kicking around that will cause a few idiosyncrasies. Immediately after the upgrade, I found that wireless was less reliable, particularly after suspend/resume. Also, I found that suspend was not reliable.

The solution is easy: you need to remove some of the things you installed.

Then, as the last step, you need to remove all the unneeded packages that were pulled in as dependencies previously. Easy — in a terminal, just type sudo apt-get autoremove. It’ll ask you to confirm, and you should see packages such as dkms being removed.

Finally, restart, and you should be all set